Bomb At The Bottom Of The Garden

I was sent this interesting story by Karl Blon. 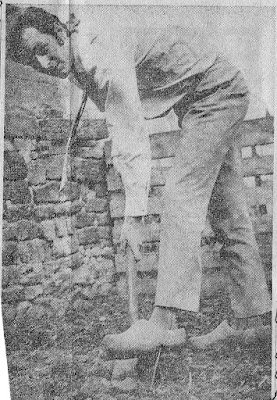 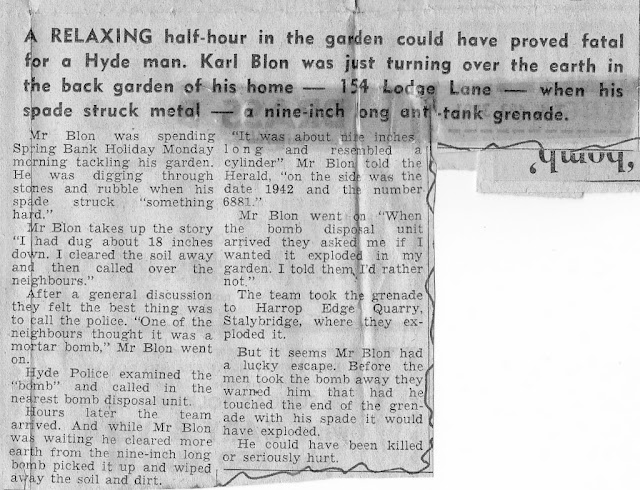 
The cutting is dated 2nd June 1972 and in those days the paper was called North Cheshire Herald.
That was when Hyde was in the county of Cheshire.
We moved away from Hyde in 1985 to North Devon where we lived for 30 years. Those years were the ‘peaceful area’ days and which Exmoor on our doorstep, it was a pleasure to live there. Also, having 2 grown up sons at the time, we thought it would give them a better quality of life.
During August, 2013 we moved to peaceful Anglesey where we live to this day enjoying a ‘peaceful’ but fulfilling retirement.


However, I still have a soft spot for Hyde as people treated me very kindly. When I lived in Hyde I secured employment with Ashton Bros. and later with ICI Hyde in their marketing Department.