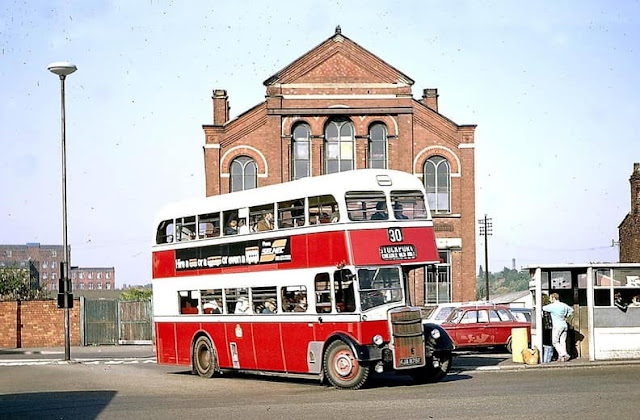 The No.30 Bus, Ashton-Stockport service, shown here in Stockport Corporation livery. Behind the bus is George Street Methodist Church and beyond that, to the left, we can see Ashton Bros. All gone now, sadly.  Thank you to Susan Jaleel For the above picture and information. 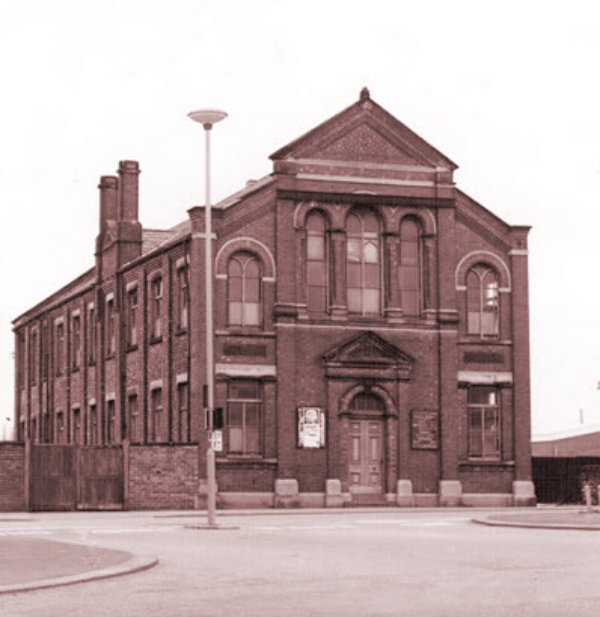 Hyde Methodist Chapel (New Connexion), or George Street Chapel as it was more commonly known stood on George Street just behind the bus station. It was Built in 1858.

Taken from "The Annals of Hyde"

In the year 1830 the (Methodist New) Connexion commenced work in Hyde, a small room in Cross Street being used for religious worship. In 1833, the Church had grown sufficiently to warrant the erection of a small chapel in George Street. The leading spirit in the movement about that time seems to have been a Mr. John Leech. A Sunday school was formed and this appears to have strengthened the church. Progress continuing, the large George Street Chapel was erected in 1858. The old schools were replaced in 1885 by the present spacious building adjoining the chapel.

Alas like many other buildings in Hyde it was bulldozed when the motorway cutting the town in half. 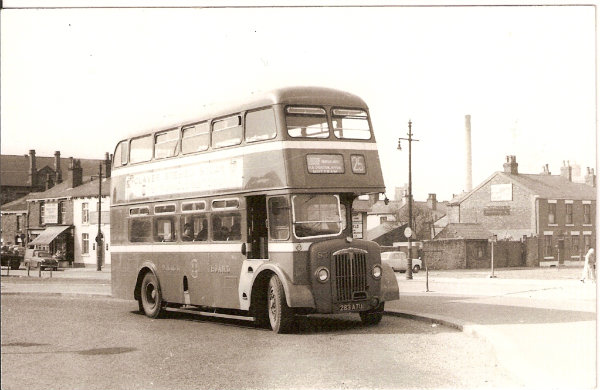 This picture is of the 125 bus, it's taken further up the bus station and George Street Methodist can be seen far left. The white building to the back of the bus is The Woodman. 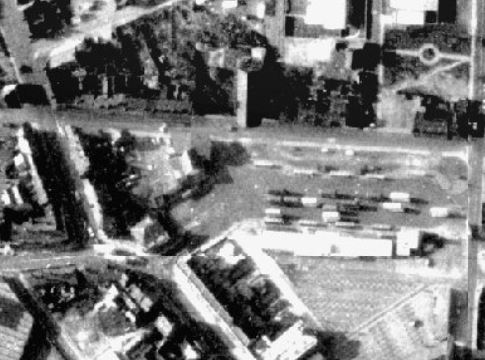