Here is an unusual view of Hyde Town Halls' clock and workings from inside the tower. 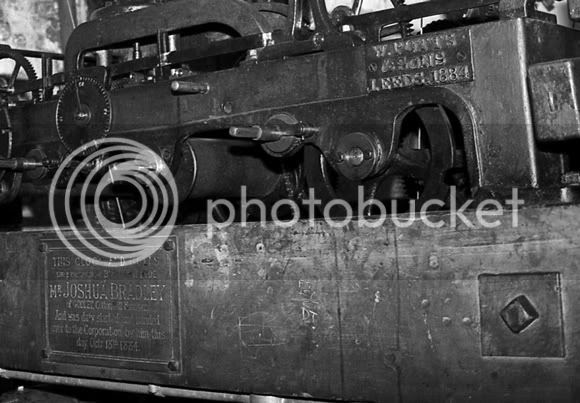 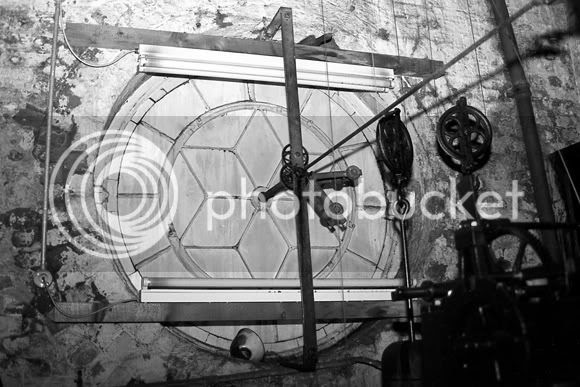 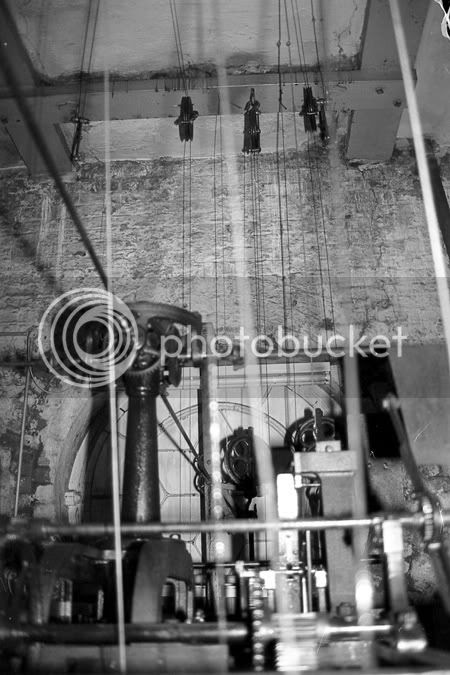 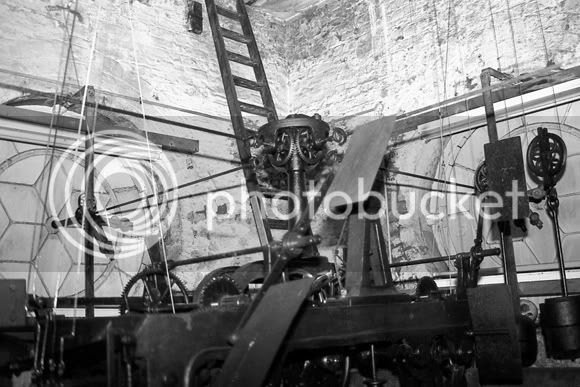 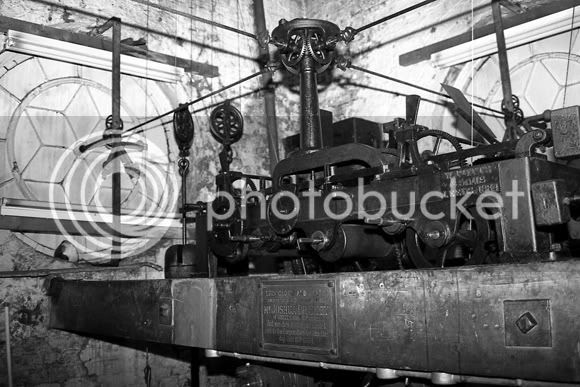 The dedication plaque shows Joshua Bradleys name and the date 13th October 1884.
The large bell in the clocktower is known as Owd Joss (Old Josh), named after Joshua Bradley, a former poor child worker in the mills who later became mayor of Hyde.

The clock chimes the Westminster Quarters, the same chimes as Big Ben in Westminster.
Posted by Tom at Friday, June 01, 2012

I don't think Joshua Bradley was ever mayor of Hyde, was he?

If we all lived a miserly life like Joshua Bradley, we could probably all afford to buy a clock for the town. Let's face it, Bradley was a total miser the original Scrooge. To go without when there was no need just to save a penny was just plain idiotic. He would have been far better off enjoying his hard earned cash on himself rather than spending it on some symbol for his own immortality. Mill owners chose large monumental graves, Bradley chose a clock,the two great Hyde Chartists Isaiah Cheetham and Samuel Shaw chose prison rather than surrender to the mill owners and their servile friends like Joshua Bradley.

I find Michael's comment sad and distressing. Whatever lifestyle Joshua Bradley adopted for himself was his choice; I don't know enough about him to join that debate. However, he did leave us the wonderful town hall clock and I'm grateful to him for that. Living 120 miles from Hyde, when I'm coming to visit I know I'm home when I see the town hall tower with its domed roof and clock. It also reminds me of my lovely dad who, when I was being a nuisance, would say "Go and see what time it is wi' town 'all clock!" Its part of the Hydonian's heritage - don't let anything spoil that please.

No, he wasn't Mayor of Hyde, Bill.

Hi Michael
As far as I can tell from what I've read and been told about Joshua Bradley he was well respected by all... he might have been a 'saver' but never a miser... he was well respected by his bosses and workers alike. He was a well know figure in many a pub and like many working men of that day held views which are seen as out dated now... He was also known for his generosity in other ways to.. one being his 'get together's' with friends where food and drink was plentiful.
I'm sure that if there is much wrote down about the man then far more of his good deeds never saw the light of day and like a gentleman would have kept these quiet.
As for putting Bradley up against Cheetham and Shaw and comparing their deeds... each chose a way of standing for the working class. Going to prison for a cause is a worthy deed... but to rise through the ranks from a wee lad eating the thrown away's pie crusts of others to becoming the 'Works Manager' and from your own life savings pay for the clock and bells for the town is testament to a fine man as well. He always wanted to provide a park for the towns folk.. to benefit all.

When I hear the name Joshua Bradley I think of a fine man worthy of much praise .

First, I am not prepared to withdraw my remarks about Bradley. Secondly, anyone who will eat a thrown away pie when he (Bradley) had the money to buy one is a total skinflint. However, a better example of the kind of person he really was is to be found during his youth when he was working for Randal Hibbert.
While removing some debris with a much younger boy two halfpennies were found.The younger boy who made the discovery told all who were present. One of the boys claimed the money as his own and took it from the boy who had found it.The young lad from fear of the big bully handed it over. Nothing was said until the lad went home and told his father what had occured. The next day the boy went to the mill accompanied by his father who requested the older boy to give the money back to his son. He at once did so. The bully boy was no other than Joshua Bradley, starting out in life how he meant to carry on. Avaricious and self seeking. He may have given the town a clock for which he is remembered. But Cheetham and Shaw fought for the rights of the working classes while Bradley did nothing for anyone. In fact, for most of the ordinary workers crossing the market square the clock was useless, they couldn't tell the time. That's why the buzzer was used by most factories.I rest my case.

Hi Michael
Thanks for your response, my comment was not meant to offend you and I welcome your input... it would be a sad world if we all had the same views. I hope to see your comments on other posting as well.. if you have pictures or stuff you'd like to send in please do so.